In the old country, the sally garden was the name for the willow beds that were planted to supply material for making the many baskets that were a necessary part of daily life. Salix, the Latin word for willow, derives from its Celtic counterpart, sallis, which leads naturally to the name, "sally". "Down by the sally gardens, my love and I did meet . . . . "

I planted my first willow in the late 1990's but 2005 was the year of the willow at our farm. Following a wonderful weekend of weaving willow in Lunenburg, I was badly bitten by the willow bug and in January I ordered cuttings of 43 varieties of coloured basket willow from an English supplier. Disaster struck in March when I was notified by Canada Customs that the shipment was seized for lack of an import permit! Richard Kerwood of Windrush Willow kindly gave me the names of some Canadians who had successfully taken delivery of his willow and I immediately emailed them an appeal for cuttings. A willow basketweaver and grower on Salt Spring Island sent me 19 of her varieties and another in Nova Scotia sent me 10 of his which together with my own cuttings made a respectable collection of 37 varieties of willow and red osier dogwood. 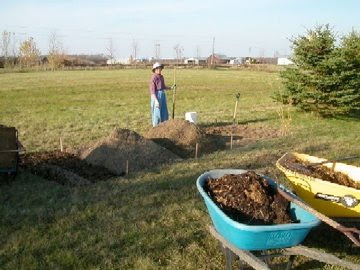 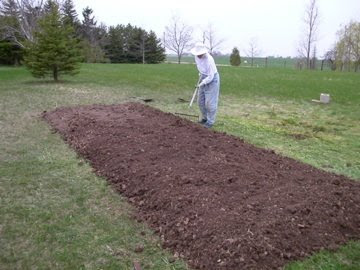 After marking out a 7.5' x 21' bed and removing the stump and roots from a 10' spruce and the remains of a large plum tree, further preparation included breaking up the heavy clay soil and the addition of plenty of compost to give the cuttings a good start. Geotextile was marked in a 9" grid and Xs cut to indicate the location for each cutting. We set up a scaffold above the bed so as not to compact the clay soil and planting was done through the holes in the geotextile in late April shortly after three days of snow and rain. The cuttings were more than ready for the soil by that time; they were covered in little roots and the buds were bursting.

To preserve moisture and keep the soil cool, I carefully mulched with a heavy layer of straw over the black geotextile and before long an array of green shoots appeared. I settled into a routine of watering and checking for stray weeds and looked forward each morning to strolling over to visit my sally garden which held such promise of many beautiful baskets. Over the summer, I became acquainted with each variety, learning about its appearance and growth habits. The cuttings performed well, of 136 planted just 2 did not grow. It takes 3 years for each stool to produce enough withes or rods of sufficient length for baskets. 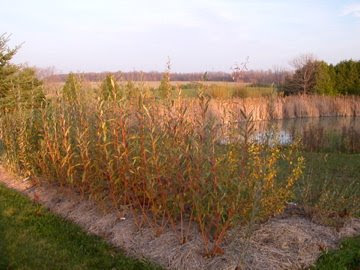 In early January, the plants were dormant and there wasn't much snow, a perfect time to coppice the willow. In their first season each plant had thrown 3 to 6 whips and these were cut at ground level. The colours were so vibrant, you could almost see the basket. Now that the winter is past, I am checking for signs of life and wonder how many have survived the cold. Even more exciting, I have saved 60 starter cuttings from the best and most colourful varieties and have begun the work of preparing a new bed for 2006 planting!

Hello Frances. Nice to see your blog. Quite a bit of work to create your willow growing beds. It certainly makes me feel guilty with my till and plant alluvial soils. Just wondering how that 9 inch grid is working out after a couple of years? We are not familiar with some of the varieties you have on your favorite's list. Amazing how many named cultivars there are! I would say that 'Purple Dicks' could be what other growers call 'Dark Dicks'. (I was told that a certain basketmaker in B.C. renamed it when he brought it there.) I imagine you are getting excited about your upcoming trip to the UK.
By the way I started a blog also at willowbaskets.wordpress.com.
Kind regards,
Steve in Mount Vernon, Washington.

Thanks for your comment, Steve. Yes, it seemed better to do more preparation in our heavy clay soil with our super hot and dry summers. Everything has flourished. The 9" grid is working quite well. It seems to leave enough space for the stool to develop although I have some single plants that after 10 years of coppicing have stools almost 2' in diameter which makes me wonder whether these plants will go for the 40 years we hear about. Will I be here to find out? No. The grid sure wouldn't work well for a grower who cultivates between rows or harvests mechanically. Mulching provides good weed control in my small beds and harvesting is a small job compared to yours.

You are right about a certain grower in BC, I believe that's where my Purple Dicks originated. But I have both Purple Dicks and Dark Dicks and they are quite unlike. Dark Dicks is still small but there seems to be a basic difference in colour. We'll see as time passes. The star of my beds is Nichols, a fine, clean growing purpurea, no taller than 4 1/2'. It is vigorous and very healthy and seems to resist insects. Take good care. 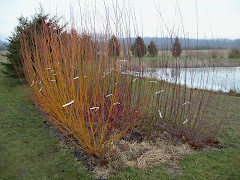 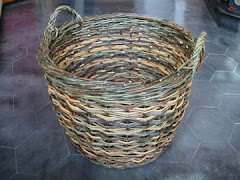 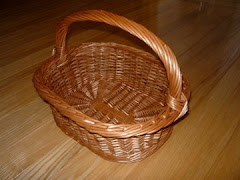 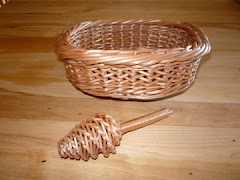 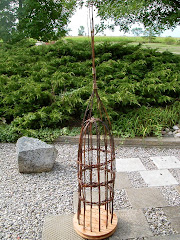 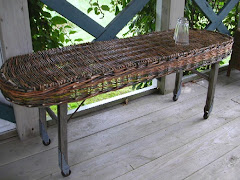 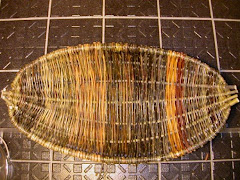 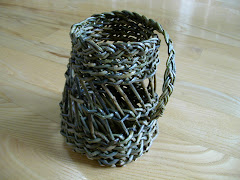 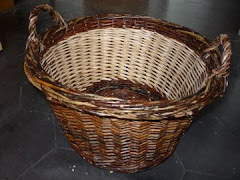 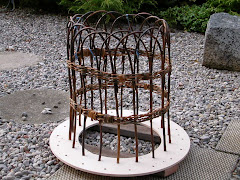 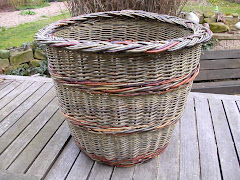 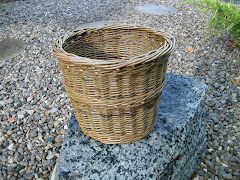 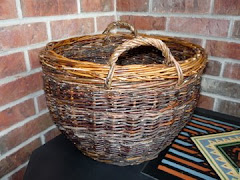 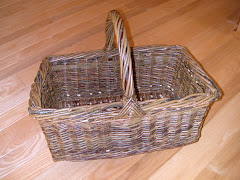 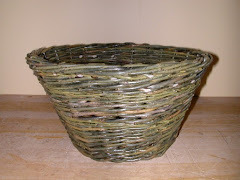 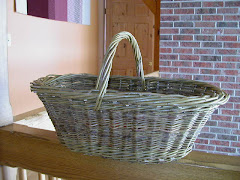 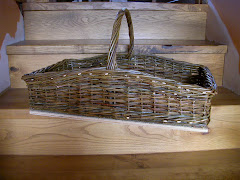 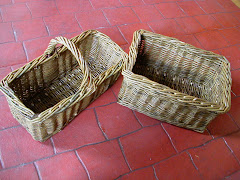 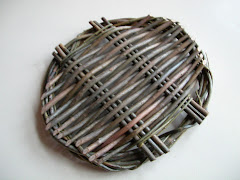 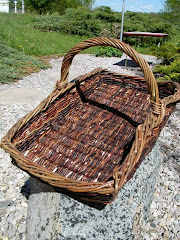 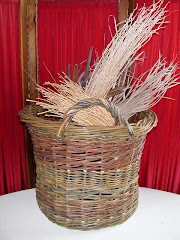